Ohio's Gary Joe Bryan brings his love of the outdoors into his workshop. 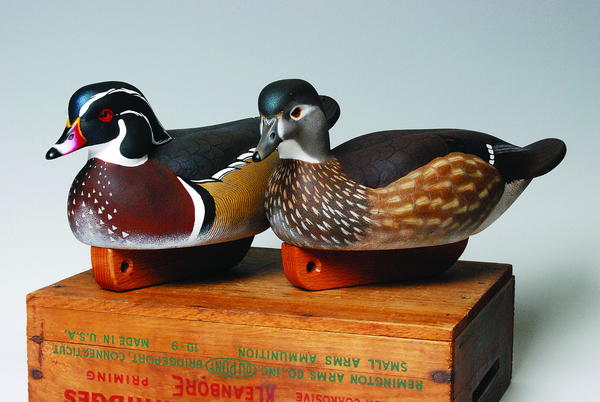 Last April, a pair of perky ruddy ducks won best in division in the Lem & Steve Gunning Pairs at the Ward World Championship Wildfowl Carving Competition in Ocean City, Maryland. Earlier in the year, those same ruddies formed part of a six-bird rig that took best in show in shooting stool at the 2013 O.D.C.C.A. Competition in Strongsville, Ohio. A rig of six woodies took second in that competition. Gary Joe Bryan carved them all.

Bryan’s home in central Ohio sits on a high ridge overlooking Dillon Lake, a U. S. Army Corps of Engineer project on the Licking River northwest of Zanesville. It’s an attractive, comfortable home filled with Bryan’s handiwork and mementos of his enthusiasm for the outdoors. His covered back porch has ceiling hooks, stainless steel butchering table, and sink, all awaiting game from the most recent hunt.

Some of that game comes from nearby farmland Bryan owns. He redesigned the land to include water impoundments and plantings for wildlife in general, waterfowl in particular. It’s a busy place. When he’s not hunting, he’s often in his wetlands to watch, enjoy, and study the wildlife that lives there or moves through in season.

Bryan’s carving studio is within a few steps of the porch, and it’s here that he spends much of his time when he’s not in the field. The studio is well-organized, comfortable, and, above all, functional. With large windows overlooking the lake, it’s an ideal workshop retreat where hours can pass like minutes.

Bryan started carving his own working decoys in the 1980s. He soon developed an interest in competitive carving and has become a student of both carving and judging and has since become proficient at both. At one time, Bryan carved fish decoys for a vendor who could never get enough. As the orders grew, the work became too time-consuming, so Bryan ended the business arrangement in favor of more time to carve what he wanted to carve, and, of course, more time in the field.


Read the rest of this article in Wildfowl Carving Magazine’s Summer 2013 issue. 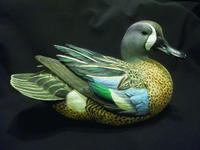