The whooping crane is a big bird indeed, but its small population had it teetering on the verge of extinction. 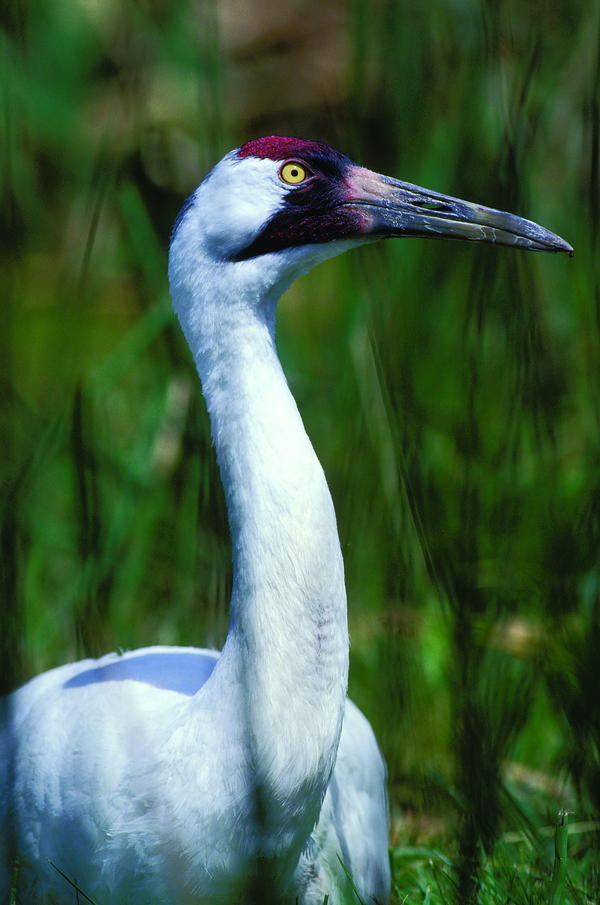 Humans are enthralled by birds. Whether they are flying in the skies, whirring across the waters, or flitting from tree to tree, birds are enchanting and captivating. There is little doubt that the feathered creatures sparked the imaginations of our caveman ancestors and they have an equally strong effect on dwellers of our artificial caves today.

The human passion for birds had unfortunate consequences in the late 1800s and early 1900s. Milliners, the professional hat makers of the day, had embellished their creations with a few showy feathers, such as the brilliant white plumes of egrets, herons, and other large birds. Soon, hat makers made even more elaborate designs by placing entire stuffed birds on their creations, bedding mounted hummingbirds, bluebirds, owl heads, and more in nests of brilliant white plumes that came from our large white birds, including the occasional whooping crane (Grus americana).

As flamboyant headwear creations needed more and more feathers, white plumes became worth twice their weight in gold. Plume harvesting became lucrative. At the same time, human populations were increasing and the need for grain production grew exponentially. People drained wetlands and harvested forests, further decimating bird populations. Researchers estimate that the trade in live birds, bird eggs, and feathers, coupled with a belief in the inexhaustible bounty of the North American wilderness, resulted in a 95% loss of bird populations in the United States by the early 20th century. The slow-breeding whooping cranes became a significant portion of the collateral damage.


Read the rest of this article in Wildfowl Carving Magazine's Spring 2013 issue. 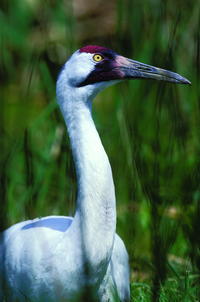 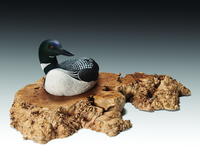 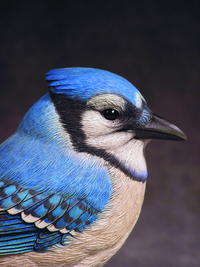