These two colorful ducks show why they are carving favorites. 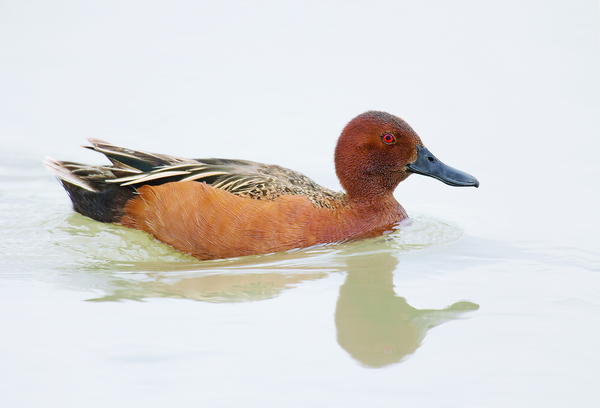 My childhood dream bird, the one that I wanted to see more than any other, was the male cinnamon teal. A bird with a rust-colored body that contrasted with two-toned wing feathers, fiery red eyes, and a black bill seemed exotic and bizarre to this Midwestern kid. Field guides and sages of the day said the bird occasionally appeared in the Great Lakes area, but I never saw one in my part of the lakes. Finally, a family trip to the desert southwest brought me to Bosque del Apache National Wildlife Refuge in New Mexico … and my prize.

We were looking for sandhill cranes at the desert refuge ponds, but instead we found dabbling ducks everywhere—not rafts of them bunched together like they are during the fall migration, but an overwhelming abundance of individuals and pairs cruising in and out of the reeds and rushes and skimming food off the surface. And in that heady mix of northern pintail, green-winged teal, and ruddy ducks, I found my elusive bird. Cinnamon teal, while never abundant, were visible everywhere. The memory remains—the day I saw my first, my second, and probably my fiftieth cinnamon teal.