Home > Reference > The Magic of Flight

Perhaps more than any other bird, terns demonstrate their mastery in the air. 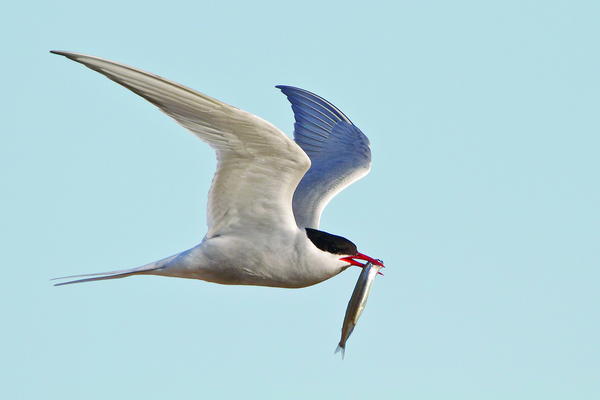 Remember Jonathan Livingston Seagull? That short novel from the 1970s told the story of a gull who gains enlightenment through the thrill of flight. It was a huge best seller. For me, though, the story felt a little off. Weren’t the bright white, black-crowned, magically flying terns far better exemplars of the beauty of flight than their scavenging gull cousins?

In fact, the Arctic tern (Sterna paradisaea) holds the record for the longest annual flight, traveling a whopping 25,000 miles from its summer breeding grounds in the far Arctic to its winter havens in the open waters around Antarctica. That round-trip distance does not include side flights for hunting, exploring, or just enjoyment, so the actual mileage is much higher.

Not all terns are such grand travelers. Forster’s terns (Sterna forsteri) barely leave the North American continent, but even these homebodies demonstrate the magic of flight as they move from their marshland homes in the prairie pothole regions of the continent to their winter destinations in Florida, Mexico, and the Caribbean.

Terns are strong and graceful fliers. Their deliberate, forceful wing beats allow them to zigzag over the water, their heads tipped down to scan for prey. When a tern spots a meal, it can briefly hover above it before tucking its wings and diving bill-first at the target. With a little luck, the bird bursts back into the air with a minnow or aquatic larvae held in its bill. Then the tern vanishes as swiftly as it appeared, becoming nothing more than a white speck on the horizon as it continues the hunt.

Read the rest of this article in Wildfowl Carving Magazine’s Winter 2015 issue!

Read NextBeauty and the Beast 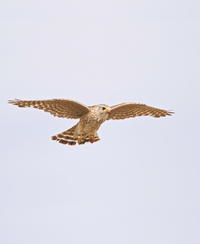 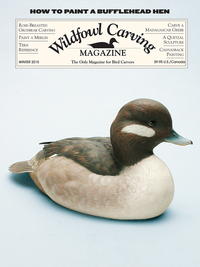 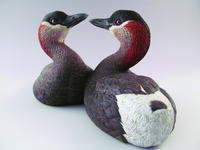 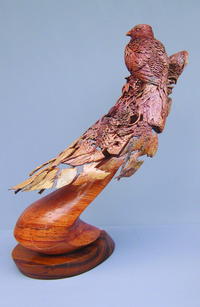