Daniel Montano follows his own path through the world of bird 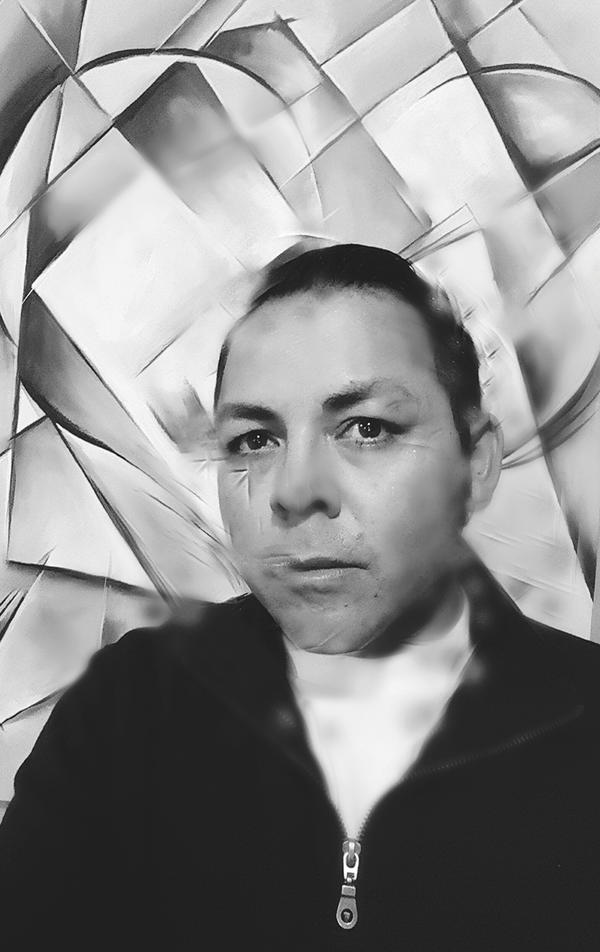 “The world doesn’t make sense, so why should I paint pictures that do?”
—Pablo Picasso

“Being different is every artist’s advantage.”
—Daniel Montano


Unless you have been hiding under a rock for the last few years, you likely know the name Daniel Montano. And if you have been fortunate enough to see Daniel’s work, you probably realize it’s unlike anything you’ve seen before.

In the world of wildfowl sculpture, Daniel’s recent work is original and, most importantly, innovative. Before I met Daniel, I had wondered how this young man of Mexican heritage had become such a superb carver of ducks and other wildfowl. Maybe you shared my curiosity.

Daniel was born in Los Angeles in 1974, but his family moved to San Diego when he was only one. Gifted with artistic talent, Daniel started drawing at an early age and was soon pursuing outlets for his art. When 13 years old and attending National City Junior High, he met instructor Arnie Erwin, who taught decoy carving at the school. Erwin’s class gave Daniel his first exposure to decoy carving and he took to it like, well, a duck takes to water. Arnie soon became Daniel’s friend and mentor and taught him not only about decoys but also about life. Of the hundreds of students who participated in Arnie’s decoy carving classes, only Daniel stuck with the hobby outside of the classroom.

In 1989, when he was 14, Daniel won his first best of show award in the junior class at the California Open. That was pretty much all it took to kick his carving career into overdrive. At 15, Daniel sold a decoy for $400, a tidy sum for a young person, even today. He continued to compete at the California Open, winning best of show in the junior class three more times. At 17, he entered as a novice and did well, which made him decide to advance to the intermediate division the following year. In his only year at the intermediate level, he won best of show. He was only 19 when he began competing against some of the best wildfowl carvers in the world in the open division. In my experience, I haven’t found many carvers under the age of 20 who have enough confidence in their abilities to compete at that level in a major national competition. It was apparent that this young man was going places with his art—if he decided to stick with it.

In high school, Daniel diverged a bit from carving decoys to practice his talents as a graffiti artist. During this time, he also gained valuable experience in color theory and design. He began delving into the Cubism practiced by one of his favorite artists, Pablo Picasso, and began making many Cubist sketches of waterfowl. If you’re familiar with Daniel’s current list of awards, you may note that those sketches from years ago paid dividends.

In 1992, Daniel got his first job, airbrushing T-shirts at Sea World in San Diego. His first airbrush was an inexpensive model, but even with that beginner-level tool he honed his skills to a level that few in the wildfowl carving world can match. It would seem that Daniel had all of the tools he needed to compete at the highest levels on a national scale.

At about that same point in his life, Daniel met and fell in love with his future wife, Annie. He was also attending college and holding down his job at Sea World. His carving career slowed due to demands on his time, and he entered fewer competitions. His career as an artist could have ended then, something that has happened to so many others who reached that kind of crossroads and found that the demands of everyday life pushed artistic pursuits into the background. That well could have happened with Daniel, but then, in 2007, he discovered palm frond carving. It reignited his desire to carve and relaunched his carving career.

The practice of using palm fronds for hunting decoys originated in California. Duck hunters used the readily available fronds to make decoy bodies and finished them with carved, wooden heads and simple paint jobs. The late, great Bob Sutton created the palm frond decoy category for the California Open carving competition in 1995. Over the years, other competitions added the category. Today, carvers can now compete with palm fronds at major competitions such as the Ohio Decoy Collectors and Carvers Association show, the Pacific Flyway Wildfowl Art Festival, and the Ward World Championship. The events eventually divided palm fronds into two categories, decoys and decorative.

In 2010, Daniel carved an innovative palm frond peacock that won best of show at the 2010 California Open and made the West Coast carving world sit up and take notice. The peacock launched a new trend of innovation within the palm frond carving scene. Not one to rest on his laurels, Daniel began a run of best of show wins with his palm fronds. He enjoys competing in the palm frond division, especially in the decorative category, which allows unrestricted painting and interpretation. “It’s such a fun category because there are really no rules, other than the carving needs to look like a frond and should be kept this way. It should be judged based on creativity and a high-level paint job. The only category with an actual artistic license. Anything goes—and that’s why it’s my favorite category.”

Because he lived on the West Coast, Daniel had limited exposure at the national level. He was gaining recognition for his work on social media outlets like Facebook and Instagram, but he hadn’t competed on that all-important stage: the Ward World Championship in Ocean City, Maryland. That changed in 2011.

Ask carvers to recall their first year of competing at the Worlds and they will probably mention what a humbling experience it can be. Daniel is not easily intimidated, and he dove in head first by entering a loon in floating decorative pairs at the world level, the event’s top class. He probably did not expect to win or even place, but he was willing to try his hand at the highest level on the world stage on his first attempt. He came home empty-handed, somewhat disappointed, but not discouraged.

In 2016, Daniel entered his first entry in the world interpretive division. It was a Cubist styled ruddy duck, painted in multiple hues of blue. It was a dramatic sculpture and many people thought it was one of the most innovative pieces to compete in the interpretive division for many years. Not surprisingly, the piece won best in world. The carving world had been formally introduced to Daniel “Feathers” Montano. Since that day, he has earned further acclaim with his trendsetting art, which includes paper feathers, gourd carving and painting, flat artwork, and highly realistic waterfowl.

One thing for which he’s become known is his work with feathers—whether on a carved bird or as flat art. There’s a reason they call Daniel “Mr. Feathers.” “I guess it all started when I would donate a feather painting for the California Open cocktail party every year,” he recalls. “Pam Wilson started to call me Feathers. Everything I made was feather related. But I also believe that all feathers have a spiritual meaning. Everybody tells me that they feel comfort when they receive a feather painting of mine . . . it’s that simple. But I guess 30 years of carving feathers has become a big part of me.”

As his best in world ruddy demonstrated, he has also long loved Cubism, the kind of art we associate with painter Pablo Picasso. “I’ve always been a fan of Cubism,” Daniel says. “It’s easy for me to create. Interlocking shapes and the ability to make the cube shapes look 3D with just simple shadowing. The lines fade and never end. Each angle looks raised or flat, depending on what your mind and eyes see first. At times, there really isn’t a meaning, just geometric shapes. A subject can also be used, only chopped up into pieces like a floating puzzle. For the most part, I prefer a monochromatic color scheme. Cubism can be plain or very complex.” He plans to tackle another Cubist bird soon.

This is one artist who does not feel bound or restricted by any medium or technique. He is a true innovator within the carving world. But while art remains a serious hobby for Daniel, he still has a full-time job that takes up much of his time. On the personal side, Daniel and Annie married in 1999 and they have two boys, Danny, 16, and Julian, 12. Both have competed in carving competitions, including the youth division at the Ward show. Julian has displayed a definite talent for airbrushing and Daniel hopes that both his sons will maintain their interest in art, at least as a hobby.

Daniel is as generous about sharing his knowledge and techniques as any artist you’ll find. He has mentored and advised many others over the years and would like one day to build an art studio and teach everything from decoys to gourd carving. The world of wildfowl carving is all the more fortunate to have someone such as Daniel Montano in its midst.

I’ll conclude with something from Daniel that applies to all of us, from the veteran carver to the complete novice. “I’ve always said that if you try to mimic another artist’s style, you will be trapped with no real life in your art,” he says. “Your natural style will never be seen. You want to be you, not someone else. No photocopies. No number 2! Be number 1… you! Stand out and never blend in. Try new ideas. New techniques! Dare to be different! Let loose and never fear someone else’s opinion. In a crowd where all pieces look the same with the same old styles…because they are limited in their creations… Be the one with endless possibilities...be the one they never forget. Original pieces are always on top! Not everyone will approve your effort in change, only you will satisfy that determination. Anyone can play it safe . . .but the ones who take a risk are the real artists in my eyes!”

There’s no doubt that Daniel Montano is a real artist.

Jamie Welsh has written several articles for Wildfowl Carving Magazine. Primarily a decoy carver for the last 32 years, he is now happily retired and looking forward to carving wildfowl unfettered by the daily grind of a full-time job. 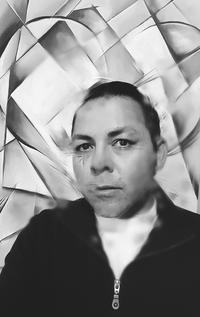 A Look at the World 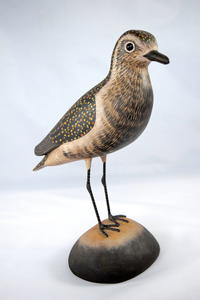