Al Jordan takes on the task of recreating a specific red-tailed hawk for its former owner. 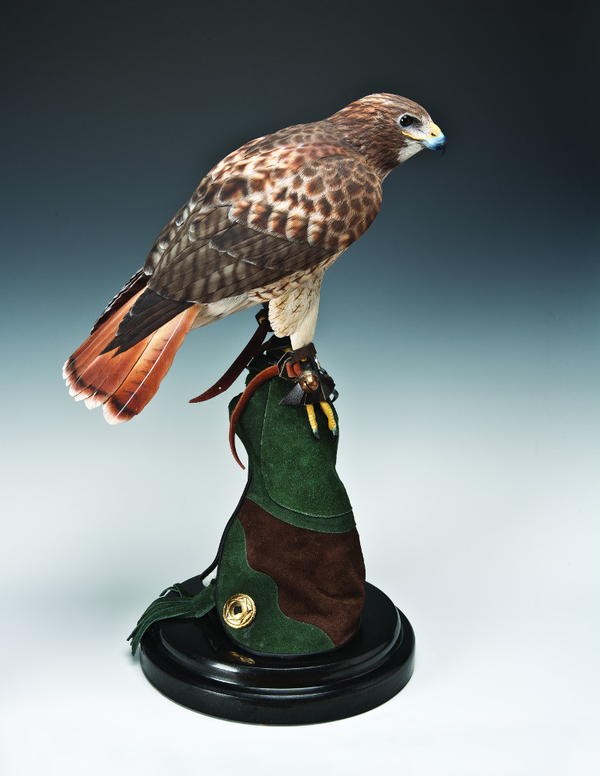 Photography by Wes Demarest
This image courtesy of wildfowl-carving.com
Subscribe to the magazine

Al Jordan lives in Rochester, New York, where he is a master falconer. He was the North American shorebird champion in 2008 and the IWCA Shorebird Champion in 2010. Al is also an instructor and judge and the author of Wildfowl Carving Magazine's Half-Size Osprey Workbench Project. Learn about Al’s classes and one-on-one instruction at (585) 227-2235, www.ajordanbirds.com.

My fascination with the red-tailed hawk began during my apprentice years as a falconer. Up close and personal, this magnificent creature never fails to amaze me. The red-tailed hawk gets little respect in the raptor world, yet it has a tremendous amount of power, beauty, and grace. I created the piece in this article for a fellow falconer. It is a life-size replica of his former hawk (Catch). After several years of hunting with his feathered partner, the owner released the bird back into the wild. The carving brings back fond memories of this graceful hunter.

To develop the pattern, I spent several sessions photographing the bird from every angle, and I used the photos to come up with the patterns. All this reference was necessary for this project since I wanted to capture a specific bird and not carve just a general example of the species.

The patterns included with the article are approximately half life-size. I say "approximately" because the sizes of red-tailed hawks vary widely. The length can range from 18 inches to as much as two feet, and their weight can go from 720 grams (about 25 ounces) up to 1,450 grams (a little more than three pounds).

This pattern is a 50% life-size red-tailed hawk. 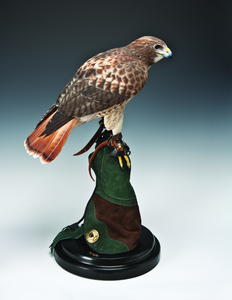