Patrick Bearden explains how he does it. 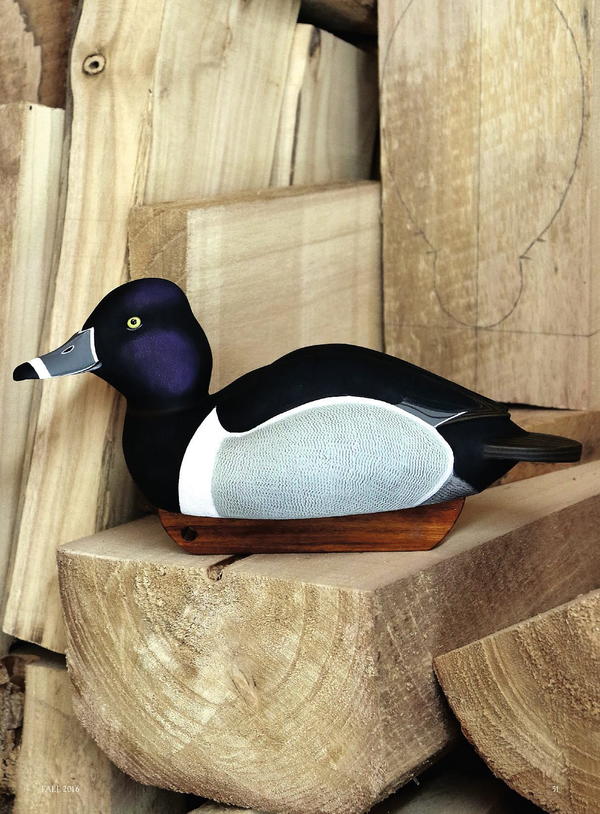 An up-close look at an excerpt from Wildfowl Carving Magazine

Keith Hendrickson is a freelance writer/artist/ photographer who also works for the North Carolina Wildlife Resources Commission. He has been carving rough working decoys for around 30 years and won best of show at the Ward Museum’s Chesapeake Challenge.

For many carvers, the ring-neck was one of the first ducks they encountered. Whether you are hunting puddle ducks or divers, at some point the ring-neck will visit your rig. I recall one memorable hunt when we planned to shoot only big puddle ducks. We were way back in the marsh but saw several small flights of ring-necks working the area. At the time, there was a two-bird diver bonus, so once we bagged our regular limit of mallards, we threw out a half-dozen ring-neck decoys we had with us. It took hardly any time for a couple of flights of ringers to spy the black-and-white decoys, and a couple of volleys later, we had reached our bonus diver limit. Few will argue the fact that ring-necks can be one of the most acrobatic birds to work a rig; they can sound like a squadron of jet fighters as they drop down out of the sky.

The ring-neck decoy is a fairly straightforward block to carve. When I asked Patrick Bearden if he would consider doing one for an article, he had no issues carving it, but he wanted to do something a bit different from the calm resting poses you usually see with this bird. Patrick, a resident of Mount Pleasant, North Carolina, is a deputy sheriff on the carving fast track. Originally from Knoxville, Tennessee, he began carving what he calls primitive true gunning decoys out of foam around 2009. He started carving decoys seriously in 2012 with a cork kit from the Duck Blind. A few short months later he carved his first wooden bird through a National Endowment of the Arts program hosted by the Ward Museum of Waterfowl Art. He has won numerous blue ribbons and best in shows since then, and he credits his fast progression to the help he got from generous master carvers in North Carolina, including Patrick Eubanks—his first carving mentor—Walter “Brother” Gaskill, and Jack Cox.

All the birds in Patrick’s rig are hollowed out and hand carved. He is constantly looking to capture slightly different poses, things you would not normally see in a show, so it didn’t surprise me when he decided to do something other than a resting bird. He dug through his photo files and selected a swimmer that looked like it was heading to feed. Using measurements taken from other published patterns, Bearden worked up a neat little bird that would add some life to anyone’s rig.

This article is from the Fall 2016 issue. For more information on our issues, check out our issues page. 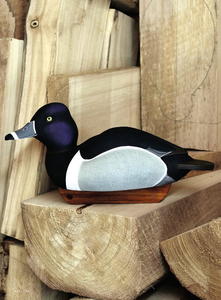