The American kestrel is a tiny killing machine--but it is fun to carve. 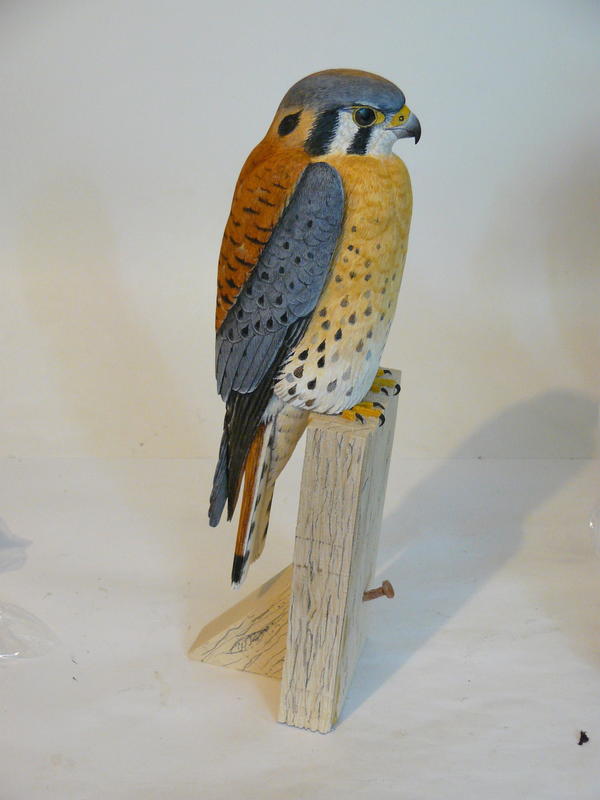 This image courtesy of wildfowl-carving.com
Subscribe to the magazine

One possible base for this bird is tupelo textured to represent a piece of old barn oak.

The American kestrel also goes by the name of sparrow hawk. It’s a beautiful bird and our smallest falcon. Before this project, I had sculpted only one other kestrel and that was when I first started carving. It was a smoothie and I did it before I knew anything about major detailing. But I’ve always been drawn to this bird for its compact size, intricate color patterns, and its overall popularity with birders. My goal for this carving was to create a simple pose and concentrate on anatomy and the personality unique to the kestrel. I carve using hand tools and use power tools only for some detailing, but power carvers can use these steps as well. I hope this article will be helpful for any carver interested in carving this beautiful little falcon.

The painting stages of this project can be found in "The Littlest Falcon, Part Two: Painting The American Kestrel" from the Spring 2014 issue.

Jeff Rechin is recognized as an elite sculptor whose artistry and technique has garnered him two Best in World titles at the prestigious Ward World Championship.

This article is from the Winter 2014 issue. For more information on our issues, check out our issues page.

For a closer look at each step, please click on the images to enlarge. 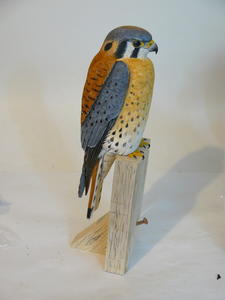