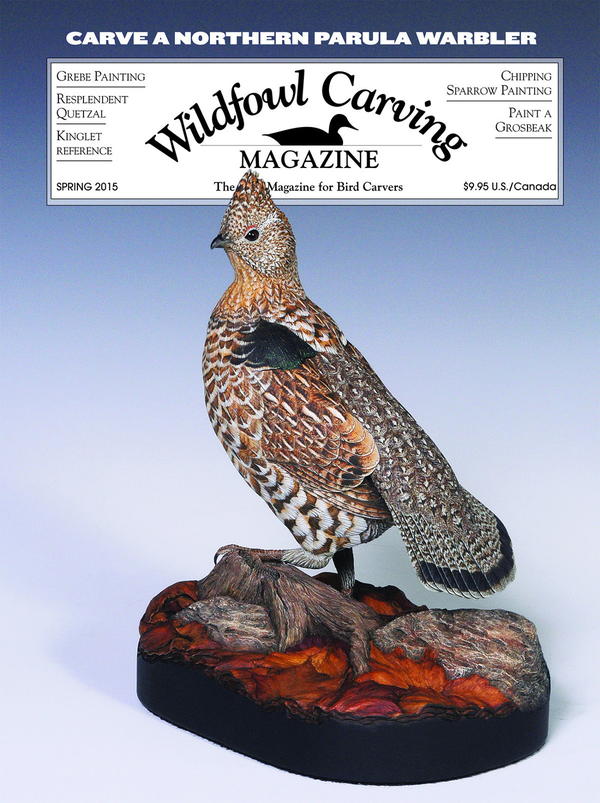 This is a good time to include Jerry Simchuk’s article about carving for competition in WILDFOWL CARVING MAGAZINE. This Spring issue will be rolling off the presses as the 2015 competition season really starts heating up. The East Carolina and California Open shows have already happened. The magazine will be winging its way towards mailboxes right around the time of the Ohio Decoy Collectors and Carvers show in Strongsville, Ohio, which takes place on the same weekend as the Canadian National Wildfowl Carving Championship in Waterloo, Ontario. After that we have the Prairie Canada show in Winnipeg, the Pacific Brant way out in Sydney, British Columbia, and then the Big One: the Ward World Championship in Ocean City, Maryland. And before you know it, I’m scrambling to get photos from all those shows ready for competition 2015! Time marches relentlessly on, doesn’t it?

What Jerry points out in his article, though, is that a successful competition carving requires a different level of concentration. The whole idea is to enter nothing but your absolute best work. If you think, “That’s good enough,” it probably isn’t.

When Laurie McNeil finished the pair of Madagascar grebes she entered in the Worlds last year, she was satisfied that she had done her best work ever. In this issue, she finishes the three-part demonstration about how she carved, textured, and painted the grebes. She did not emerge with a ribbon at the show, but she had the consolation of knowing she did the best work she could. That counts for something.

One lesson Jerry teaches is that you should not spend too much time brooding (or celebrating) over the results of judging. There’s always another carving to do, and another show to enter. 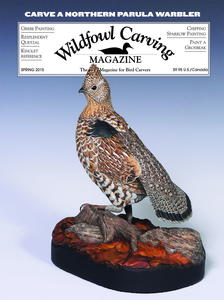 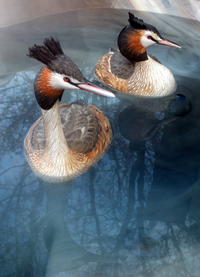