From Palm Tree to Pintail

Tom Christie looked at some fronds and saw a duck. 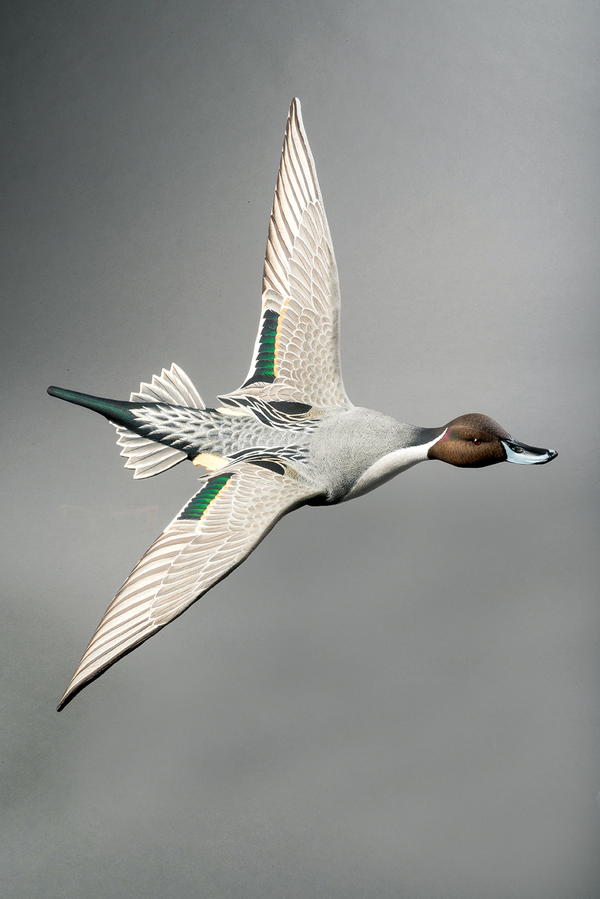 I’ve done palm frond carvings for the California Open competition in San Diego in the past. The creativity you can use with palm fronds is part of the fun. The challenge is to portray “the essence of the species” while retaining as much of the character of the palm frond as possible.

This year the Ward World Championship added a palm frond category for the first time and dedicated it to the late Bob Sutton. Bob was a good friend and he had called me and several other carvers to promote a palm frond competition at the World show just a few weeks before he passed. I wanted to participate in the competition in his honor. Here’s to you, Bob!

A friend shipped me several nice palm fronds from California and I began to think about how I could use more than one in the composition. I had one slender frond that I thought would lend itself well to a pintail. As I considered the shape of the other, larger fronds and the way they bent naturally, I began thinking about using them for cupped wings. The idea for a palm frond drake pintail in flight was born!

I began the project by doing some research and gathering good photos of pintails in flight. The natural bend of the main frond forming the body made me think about portraying the bird moving fast but also starting to bank into a hard turn. Rather than having the wings and tail cupped for a landing, I decided to have them maneuvering through the turn. Once I had guideline dimensions, I developed patterns for the wings, tail, neck, and head. I would carve the neck and head from tupelo. The rest of the carving would be all frond. 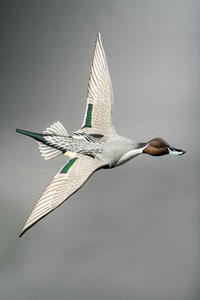 From Palm Tree to Pintail 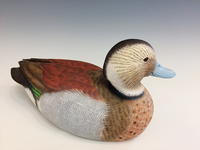